221st Anniversary of the Birth of Rose Virginie Pelletier 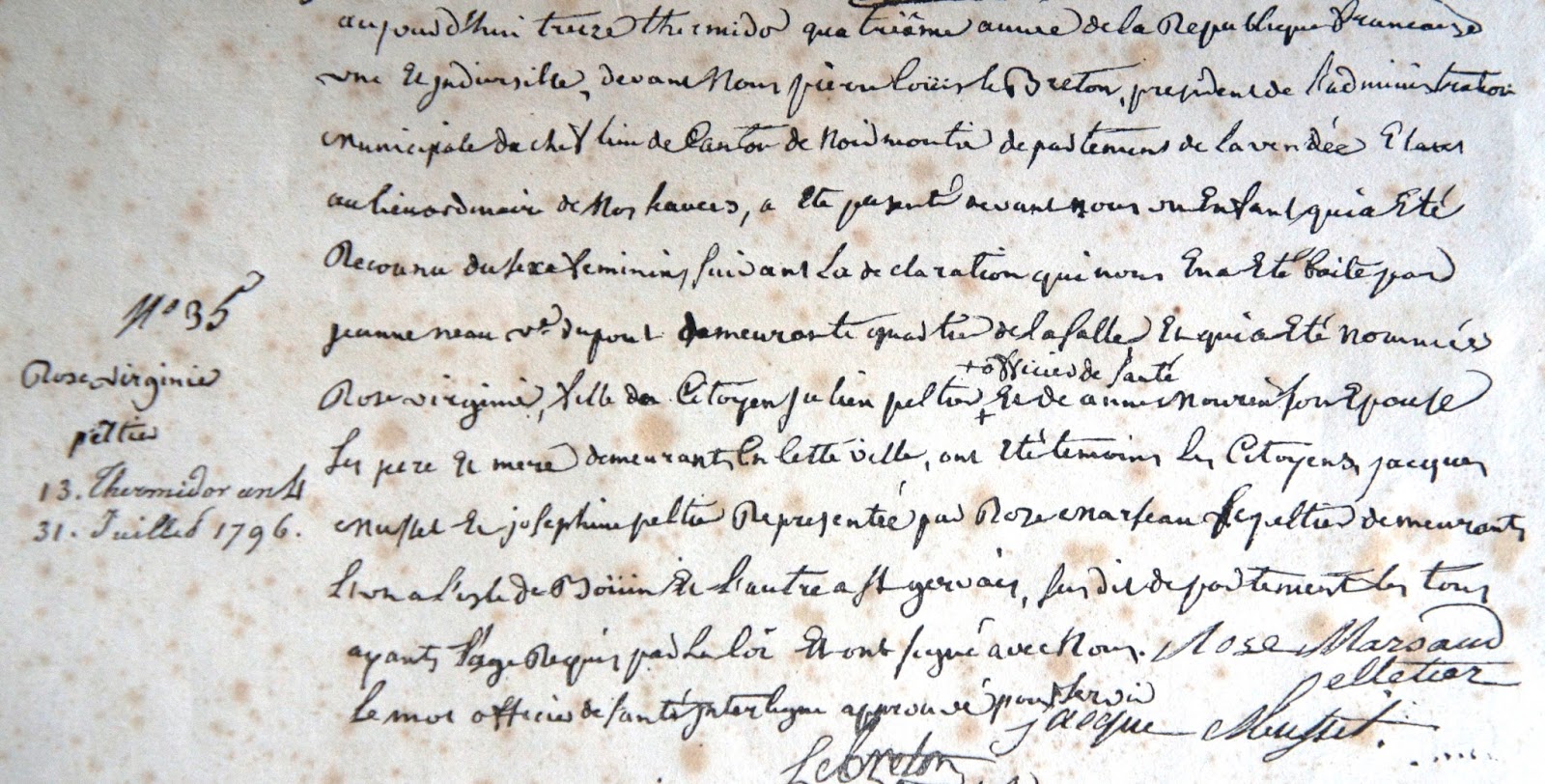 Today thirteenth Thermidor of the fourth year of the one and indivisible French Republic [31st July 1796] in our presence Pierre Louis Le Breton President of the city administration of the cantonal capital of Noirmoutier department of Vendée being is the ordinary place of our sessions, a child was presented to us who has been recognized of the female sex according to the declaration that was made to us by Jeanne Neau widow Dupont living in the de la salle [district] and who was given the name of Rose Virginie, daughter of the citizen Julien Peltier (sic) health officer and of Anne Mourain his wife, her mother and father living in this town, have acted as witnesses the citizens Jacques Musset and Joséphine Peltier (sic) represented by Rose Marsaud Lepelletier (sic) the first living on the isle of Bouin and the second in St Gervais in the same department all of them having the required age and signed with us. Lemot health officer, approved to serve.

Read this info in our blog CJM News