What is the Kingdom of Heaven?

It is a journey from this world to the next world. It is a process from u 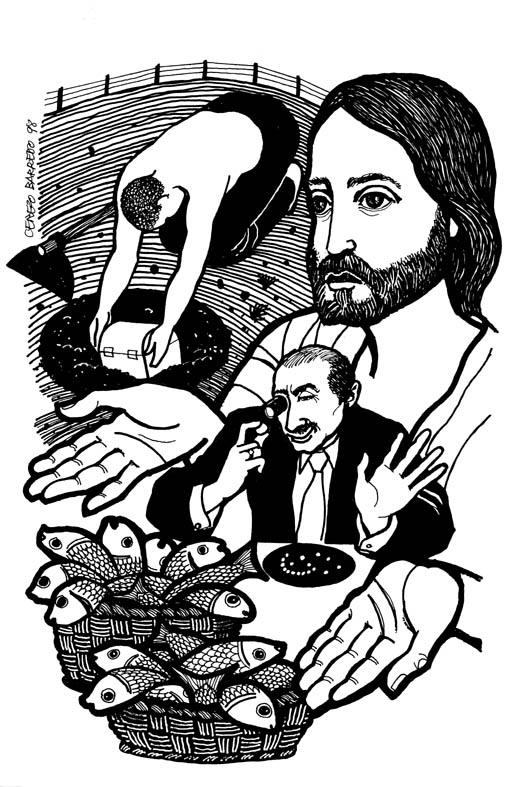 nknowing to knowing. It is an encounter with the heavenly Father. The Kingdom of Heaven is the spiritual reality and gift to the faithful followers of Jesus. It is the promise of Jesus, “when I go and prepare a place for you, I will come again and will take you to myself, that where I am you may be also” (Jn. 14: 3).

The first two parables talks about hidden treasure and pearl. He sold everything in order to obtain the full possession of the new things. Although the third parable is different than other two parables, but the Evangelist tells that after collecting the fish, they kept the good and throw away the bad fish. These three parables contains two actions: 1. Detachment and 2. Attachment, and one object: Kingdom of Heaven.

Let me share you with an Indian folk story:

There was a young boy who wanted to be a guru. One day, he met a guru who was passing through his city. Boy immediately followed him. When guru saw a boy, he told him, “you are too young, therefore go back and live your life,” but the boy insisted. Guru did not stop him again. On the way, a boy found a precious stone which he immediately picked and put it into his bag. Now the evening came and they were passing through the jungle. Boy shared his worry and was asking again and again from the guru, ‘when this jungle is going to be end.’ Every time, master simply replied, ‘boy ‘throw whatever you have and you will be in peace.’ But boy did not throw and at the same time his worry was getting increase. At the end, boy throw away the precious stone and he felt peace and secure.

Through the sacrament of Baptism, we all became the citizens of the Kingdom of Heaven, “Once you were no people but now you are God’s people; once you had not received mercy but now you have received mercy” (1 Peter 2: 10), therefore as a citizen of the Kingdom of Heaven, each one of us is called to detach ourselves from all those things which does not allow us to see the generosity of the Lord and experience the Mercy of the Lord. Let’s sell or throw all those things which are blocking us to do the charity towards our needy brothers and sisters. Let’s throw away all over bad habits and put our trust on the Lord because the Lord cares about us, “Cast all your anxieties on him, for he cares about you” (1 Peter 5: 7).

Read this info in our blog CJM News